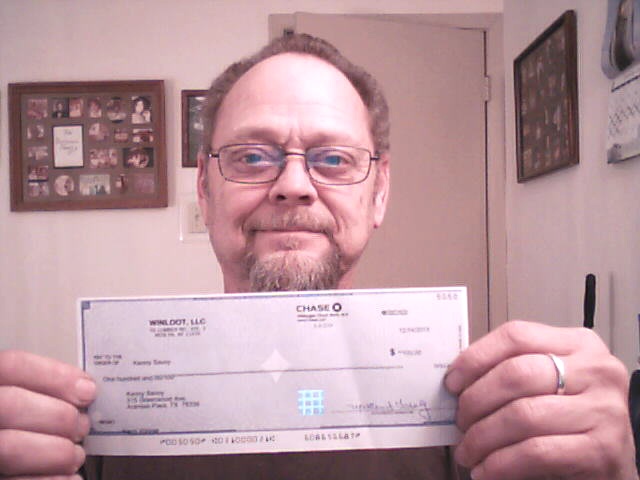 Congratulations to Kenny S. from Aransas Pass, TX for being a $100 instant winner on December 13th, 2015. We reached out to Kenny to find out more information and to get a sense into what it is like to win.

I thought it was GREAT!

I heard about Winloot from doing surveys for In Box Dollars.

I would tell them YESSSS!! It is TRUE! You just have to be patient, be persistent and, play every single day. Set aside 30 minutes of your day and PLAY! If ya don’t play, ya can’t WIN!!

We at Winloot want to wish the best of luck to Kenny S. on his winnings. Keep playing here at Winloot and you too could be the big winner!